The Wavian 20-Liter Green NATO Jerry Can holds 5.3 US gallons of spare fuel. The design of this jerrycan is identical to that of the jerrycan invented by the Wehrmacht just prior to World War II, used by them to feed their thirsty panzers during the Blitzkrieg of Europe and Russia, and still used by numerous armies throughout the world today. The original design was a triumph and so good that it really cannot be improved upon. Beware of subsequent designs that promise modern-day technology and more features but are actually worse than the original.

The Wavian 20-Liter Red NATO Jerry Can features a locking key on the cap, and a special EPA/CARB certified spout with unleaded adapter is included with every can. The special spout is what makes this jerrycan/spout combination legal for sale in all 50 states, even though many would recognize this type of jerrycan as "preban". Now with the special spout, the greatest portable fuel container ever devised is available to all of us once again.

This is a genuine Wavian 20-Liter Yellow NATO Jerry Can.

Beware of fakes. Many other jerrycan designs kinda sorta look like the Wehrmacht jerrycan but are inferior copies. The Wavian Jerry Cans are manufactured by VALPRO Ltd., the world's leader in jerrycan manufacturing and supplier to numerous military forces in NATO and throughout the world. The Wavian NATO Jerry Can is the highest-quality jerrycan in the world with the following characteristics:

The Wavian 20-Liter NATO Jerrycan is available in the following colors:

An excellent way to transport multiple jerrycans is the ARB Double Jerrycan Holder, which is compatible with both the Wavian NATO Jerry Cans and the Pro Quip Water Jerrycans.

The Wavian Replacement Gasket is made from fuel-resistant rubber and will provide many years of service before it requires replacement because the genius of the Wehrmacht Jerrycan design does not twist and wear the gasket whenever the cap is opened and closed. EE sells these gaskets primarily as replacements for the gaskets on your military surplus jerrycans. This gasket measures about 55mm tall x 50mm wide and is the standard NATO Jerrycan size. It will therefore fit all standard NATO Jerrycans and not just those labeled Wavian. Keep those beater jerrycans in working condition simply by replacing the worn gasket.

The Wavian NATO Jerrycan Locking Pin comes standard on Wavian NATO Jerrycans. Many other jerrycans do not. Still other jerrycans come with a locking pin, but a pin that is straight and not kinked in the middle like this one. The kink is not a manufacturing defect but rather a very thoughtful design. When the locking pin is inserted easily and then turned 90 degrees, the kink takes up slack in the lid assembly, locks down the lid tightly, and prevents the pin from rattling loose. This locking pin will fit any standard NATO Jerrycan that is currently or once was fitted with a locking pin. Installation is very easy and requires no tools. 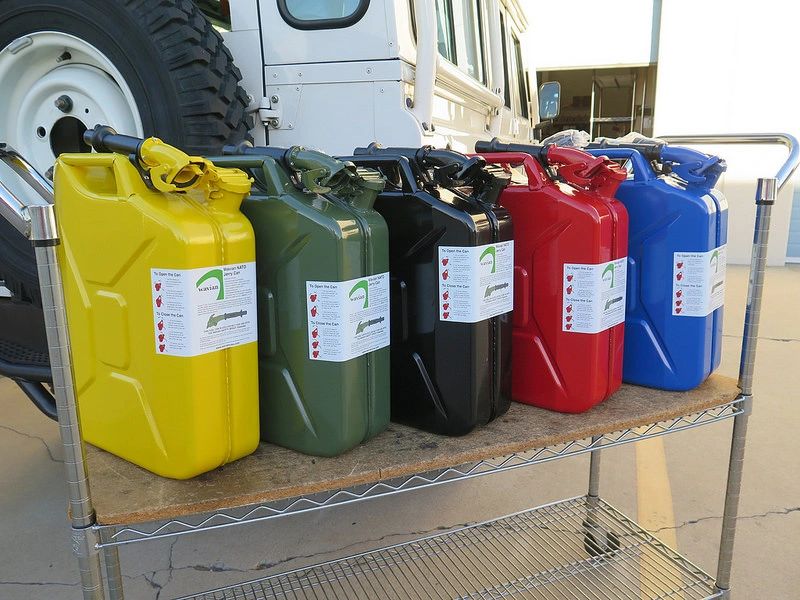 The jerrycan is a German invention born out of efforts to end the endless stalemate that resulted from warfare methods used during the First World War. 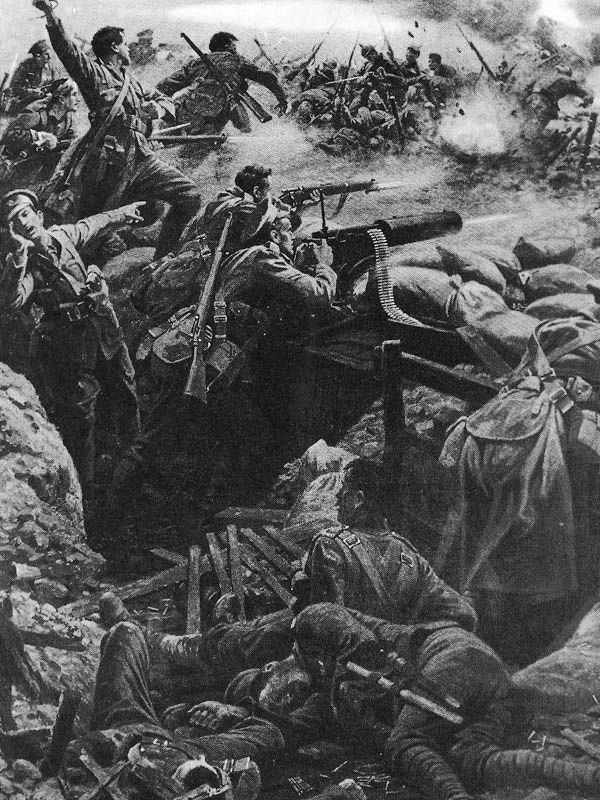 The Imperial armies that previously faced each other and did battle at close range with single-shot rifles and muskets were, by the time of the outbreak of the First World War and the Industrial Revolution, faced with the extreme range, accuracy, and rapid fire of the new repeating rifle and Maxim machinegun. To avoid being shot and blown to pieces, the armies on both sides were forced to dig


By the time of Germany's invasion of Poland in 1939, several tacticians in the German High Command had devised a new form of warfare we refer to as Blitzkrieg (literally, "lightning war"). Blitzkrieg, it was believed, would permit the German armies to move faster and hit harder than they had ever done and would end the stalemated nature of the First World War. Generally speaking, Blitzkrieg in 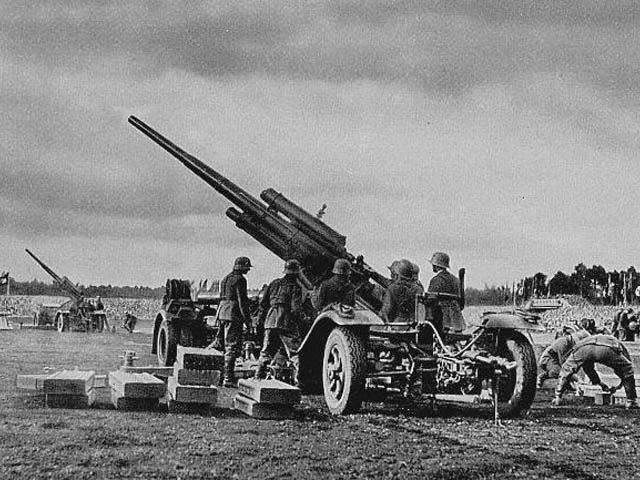 As during past battles, artillery was used to soften enemy defenses before and during the attack. However, what differed from past military tactics was that artillery was but one of several different elements of the attacking forces. 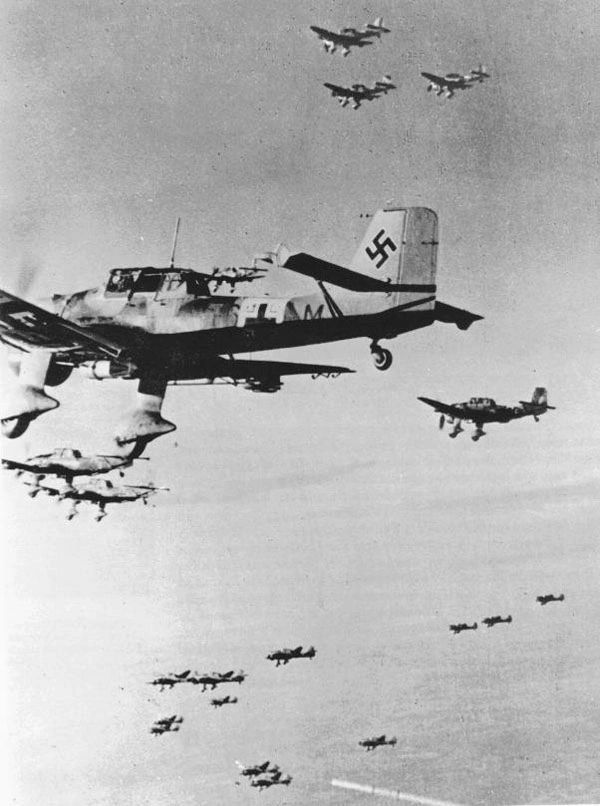 Aircraft became developed enough that they could be used to attack ground targets. Stuka dive bombers of the Luftwaffe rained bombs on enemy positions, supply routes, airfields, and command centers. These bombs were significantly more powerful than previous designs, and were delivered much more accurately and deeper behind enemy lines than was possible with artillery. These air attacks also pr

The Germans dropped more than bombs. They dropped Fallschirmjäger (literally "hunters from the sky", Fallschirmjäger were paratroopers under the command of the Luftwaffe) behind enemy lines to attack the enemy's supply channels and other critical positions in conjunction with other attacks.

Sign up to hear from us about new products, specials, and events.